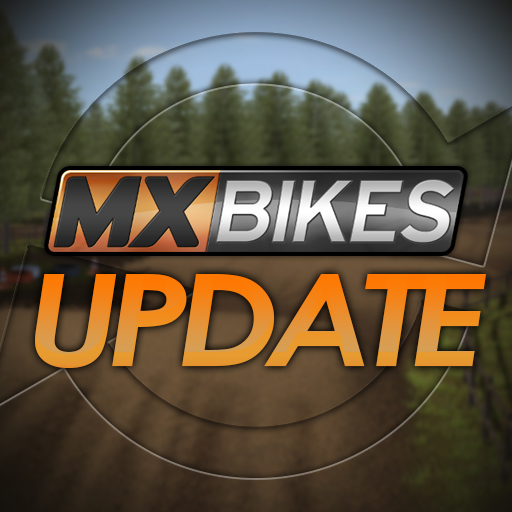 Download:
http://www.mx-bikes.com/?page=downloads
( mirrors would be extremely helpful and welcome )

MX Bikes is also available on Steam Early Access:
https://store.steampowered.com/app/655500/MX_Bikes/
It is possible to convert the standalone license to a Steam key at this link:
http://stats.mx-bikes.com/steam.php

Release Notes
– Replays, bike setups and trainers are not compatible with the previous versions
– A clean setup is strongly recommended: all files in Documents/PiBoSo/MX Bikes/ should be deleted, except for the mods folder and the license.ini file

– Tuned the engine braking, the dampers, the chassis inertia and the chassis flex of all stock bikes

– The sit control is preserved when resetting the bike
– The lean control now defaults to 20% deadzone when assigned
– It should now be possible to “bite” the start gate more without getting disqualified
– Shortened the blue and yellow racing flags’ distance
– Removed the 5 second wait for a long reset when the bike is not stopped
– Possibility to set the name in the Steam version, too
– Added the poll creator on track, too
– The possibility to reset the track has been added to the user interface in multiplayer, too
– The possibility to disable rumble has been added to the user interface
– The replay keyboard shortcuts have been revised and the numpad keys should no longer be used for the replay cameras controls
– It is now possible, pressing the C key, to enable / disable free-roam camera mode in viewer and photo mode

– It is now possible, on Vive / Index only, to modify the IPD, changing the world scale: http://forum.mx-bikes.com/index.php?topic=1969.0

– The autobrake helper has been removed

Modding
– The bike geometry format has been changed. The updated BikeEd will be released as soon as possible
– In the file “sfx.cfg” of each bike it’s now possible to set the idle throttle to improve the blending between the “open” and “release” engine samples
– The physics debug mode has been improved adding dampers graphs. The F8 key switches between “basic” and “full” mode.
– The two live timing race gap strings have been compacted into one
– Added support for a logo image in the bike selection and bike info pages

Known problems with mods:
OEMs are currently NOT supported

Any cookies that may not be particularly necessary for the website to function and is used specifically to collect user personal data via analytics, ads, other embedded contents are termed as non-necessary cookies. It is mandatory to procure user consent prior to running these cookies on your website.